Congratulations, Angel, Jesse, and Grant, and welcome to our community!

Please view their bios below.

As a chamber musician, he has appeared with the Burning River Brass, the Camerata Pacifica, the Atlantic Brass Quintet, Boston Symphony Brass Ensemble and Boston Pops Brass Ensemble. He is also a member of the award-winning Triton Brass Quintet, the brass ensemble-in-residence at the Boston Conservatory Of Music. He can be heard on the Triton Brass debut recording release in 2014 under the Hip-Bone Music record label.

The Boston Modern Orchestra Project featured Angel Subero on their album From the Institutes of Groove, which was recorded on the BMOP/sound record label and released in 2013. Grammy-nominated composer Michael Gandolfi was commissioned by BMOP to write the title piece for Mr. Subero to premiere on the album. In a personal letter to the performer, John Williams wrote: "I found your recording of the Michael Gandolfi bass trombone concerto to be among the greatest examples of individuality and artistry applied to this fabulous instrument, that I can identify or remember."

Angel Subero plays Edwards trombones exclusively and is a clinician and artist for Edwards Instrument Co. He has given master classes and recitals in the USA, Europe, Japan, Mexico, Colombia and Venezuela. He is a regular guest professor at the State Foundation for the National System of Youth and Children's Orchestras of Venezuela "EL SISTEMA."

Jesse Taitt, a dynamic pianist/composer, completed a dual degree in Jazz Composition and Professional Music from Berklee College of Music. He began his journey developing his sensitivity and technical facility for the instrument at the Boston Arts Academy, where he studied classical music under Boston Conservatory Professor Harriet Lundberg and jazz with Hey Rim Jeon via the Berklee City Music Program.

At Berklee, Jesse served as the music director for Boston-based group Jazz Urbane, which is led/produced by Dr. William Banfield. His band, the Jesse Taitt Trio, performs at Boston restaurants and nightspots. Jesse continues to be an active pianist in the Boston music scene. He is also an AmeriCorps Community Leader, Public Allies Leader and an Artist-Educator in Boston Arts Academy's Alumni Creative Core program.

During the summer of 2013, Jesse was an International Guest Artist of the U.S. Ambassador in Rwanda. There he led and co-led master classes with Joey Blake (Bobby McFerrin's Voicestra) and headlined both nights in Rwanda's annual Kigali UP Festival. Jesse's work can be found on Jeff Perry's Quartet, Sarpay Ozcatagay's Unexpectable and most recently on Dr. William Banfield's album Playing with Other People's Heads. There, Jesse shares album credits with the late George Duke as well as Terri Lyne Carrington, Stokely Williams and Christian Scott.

As he continues to explore music and the world, Jesse's dedication to excellence drives his creativity. Jesse Taitt is an accomplished pianist and composer who is constantly seeking new musical and philanthropic areas to explore. He is currently working as a sideman on numerous projects and working as a musician in Boston, New Jersey, and New York. 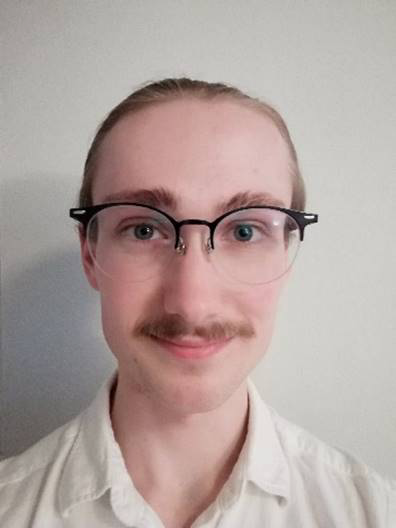 I am an arts/education administrator and an enthusiastic student of ethnomusicology, folklore, and anthropology, interested in amateur and participatory traditions of music and dance in New England. A proud alum of the Dartmouth Music Department, I received my B.A. with a major in music and a minor in computer science before pursuing an M.A. in Music (Ethnomusicology) at Wesleyan University. I am compelled by the liberatory potential of music education to illuminate social histories of music in the experiences of ordinary people, equip students with the tools to take autoethnographic looks at their own musical lives, and kindle vivid imaginations of how we can organize ourselves—socially as well as musically.

In 2021, as Festival Director for through the square window, I headed the production team for an online festival of experimental music hosted by the London-based Vocal Constructivists ensemble. Before that, I held arts/education administration positions with the Wesleyan University Music Department, the Dartmouth Symphony Orchestra, and the Berkeley Symphony, in addition to course co-instructor and teaching assistant roles at Wesleyan and Dartmouth.

Academically, my work has explored the revivalist shape-note singing tradition in northern New England, nigun-singing cohorts in New Hampshire and Connecticut, riot grrrl and queercore punk subcultures, and the music of Vermont's Bread and Puppet Theater. My latest venture, still in its infancy, is an investigation into the role of the clarinet in old-time New England country dance music, before, during, and after the contra dance revival.

In my spare time, I like to loudly and amateurishly sing shape-note hymns and old ballads, clumsily pluck my Appalachian dulcimer and bass ukulele, cheerfully stumble through fiddle tunes on the clarinet, and curate Spotify playlists that are, by any measure, way too long.