I believe that Art in all its aspects is essential to life, and that Music is the life-blood of that life. Dartmouth Opera Lab invites Dartmouth students to explore and develop their interest and love of singing and performing, and broaden their study and understanding of Music in all its forms. Dartmouth College is uniquely situated to take advantage of the diversity of interests of its students, and to provide them with instruction, mentoring and opportunities to develop and deploy their musical dreams.

With five decades of experience in all aspects of live theatre, as actor, director, producer, librettist and playwright, I welcome the opportunity to support the next generations of performers as they blaze their paths. I have worked with the Long Wharf Theatre; the Alley Theatre; The Shakespeare Theatre, Washington, DC; The Repertory Theatre of St. Louis; Ford's Theatre; The Kennedy Center; The Manhattan Punchline; GEVA Repertory Theatre; Syracuse Theatre; The Old Globe Theatre; CECUT (The Tijuana Cultural Arts Center, Tijuana, Mexico,) Stages Repertory Theatre; Main Street Theater; The Ensemble Theatre; TheatreLaB, Houston, and Houston Grand Opera, Utah Opera, Opera Pacific, Moore's Opera Center, LSU Opera Program, the Opera Program of the Moores School of Music at Rice University, and Opera In The Heights, among many other worthy organizations. I produced the Young Houston Playwrights Festival for two years, collaborating with the Alley Theatre, the Ensemble Theatre and the City of Houston Department of Parks and Recreation to create playwrighting sessions in 12 City parks, with a culminating performance event hosted by the Alley Theatre. As Producing Director of Mappamundi, a not-for-profit arts-in-the-community company I produced and directed anti-suicide videos and anti-inhalant videos written and performed by children and young adults directly affected by suicide and drug addiction. Also with Mappamundi I mentored the creation of plays and poetry cycles in underserved schools in the vast Houston Independent School District, and created theatre-based projects for children and young adults with Down Syndrome. I served as an Acting Company Member for the Alley Theatre, and was their Director of Community Based Programs, a department I created. I served as Director of Dramatic Studies at Houston Grand Opera's famed Opera Studio, Assitant Directing Mainstage Productions, Gounod's Faust and Mozart's The Magic Flute, and directing the World Premiere of Mark Adamo's Little Women, directing also the expanded revival (the first-ever revival of a new work by Houston Grand Opera, which has produced more new works than all the other Opera companies combined) which was filmed for National Broadcast on the PBS Great Performance Series. At the Houston Grand Opera Studio I counted Joyce DiDonato, Beth Clayton, Nicole Heaston Lane, John McVeigh, Scott Hendricks, Derrick Parker, Oren Gradus, Jill Grove, Marie LeNormand and many, many other wonderful artists who have created names and careers for themselves as singers, teachers and choral directors as my students. Young Artists from the Utah Opera Young Artists Program and the Moores School who were my students include such wonderful performers such as Shae Owens, Erin Theodorakis, Amy Owens, Lindsay Kate Brown, Dorothy Gal, Duke Kim, Michael Hawk, and a host of aspriring, emerging young singers who are tomorrow's Music Theatre and Opera stalwarts. I have written plays that have been produced, some with multiple productions: The Passion Play, Wake Up the Rainbow, La Música del Cielo (Music from Heaven, in Spanish) and Logic (featuring the Marquis DeSade, Wittgenstein and William Blake) and the libretto for an Opera, The Thirteen Clocks, inspired by the great fable by James Thurber, with music composed by Christopher Theofanidis. This Opera was produced by the Moore Opera Center at the University of Houston, Texas. 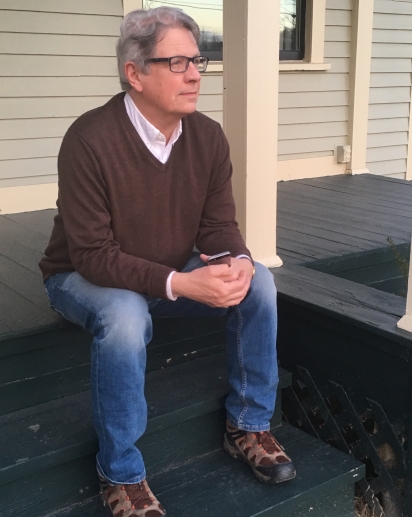