Eli Berman (they/she/זי/זיי) is a composer-vocalist, improviser, and new instrument builder from Pittsburgh, Pennsylvania. She creates electroacoustic music using experimental vocal techniques across a variety of her ancestral vocal technologies, including khazones (Ashkenazi Jewish cantorial music), Yiddish and Appalachian folk songs, Slovak travnice (traditional women's haymaking songs), and western classical repertoire. Eli's work explores possibilities for embodied, nonbinary theories of the voice and gender. For example, her recent xibuccal instruments–a prototypical collection of acoustic and electroacoustic extensions of the human vocal tract–help her question the foundational myths of mind/body, self/other, and human/machine that contribute to the 'logic' of the western gender binary (man/woman).

Eli has premiered her music at multiple festivals including (R)evolution: Resonant Bodies at the Banff Centre, New Music On the Point, Yiddish Summer Weimar, New Explorative Oratorio Voice Festival, Atlantic Music Festival, and Gender Unbound. In addition to her experience as a "countertenor" and "baritone" in vocal ensembles such as C4: The Choral Composer/Conductor Collective, Eli has sung as soloist in the U.S. premiere of John Tavener's "Total Eclipse" and in a New York Times critically-acclaimed concert of works by Eve Beglarian. She has presented her music and creative research at the 2021 International Conference on New Interfaces for Musical Expression, 2020 Pan-American Vocology Association Symposium, and 2019 Transgender Singing Voice Conference. Eli recently graduated with a B.A. in Music from Princeton University (June 2020). 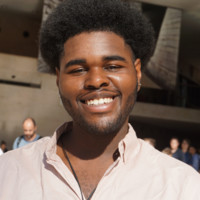 Armond Dorsey (he/they) is a musician, playwright, and poet from Prince George's County, MD whose creative works center on storytelling, Blaqueerness, the Black mundane, Black masculinity, and Afrosurrealism. Armond's writing and narrative electroacoustic compositions channel history, memory, and ethnography to thread the stories Black folk have lived, continue living with, and dream of living in. The practice of intentional, deep listening lays the foundation not only for Armond's creative works but also their research. Armond's research interests combine Black studies, music cognition, sound studies, and public health to curate and develop music interventions that both address racial and historical trauma as well as improve access to care for marginalized communities.

Armond is a current first-year M.A. student in the Digital Music program at Dartmouth College. In June 2020, they graduated from Dartmouth College with a B.A. in Music modified with Neuroscience alongside a minor in African and African-American Studies. 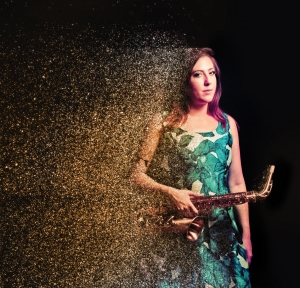 Recent projects include a new opera in partnership with Loose Tea Music Theatre (Toronto), a commission for Blueridge Chamber Festival (Vancouver), and thirtyminutes (Canada/England). Works created over the last two years include commissions from Long Beach Opera (California), the JACK Quartet (NYC), and Din of Shadows (Toronto). Shortt was a finalist for the 2021 Toronto Arts Foundation Emerging Artist Award as well as awarded and named one of the 2020 Buddies in Bad Times Emerging Queer Artists. Shortt was featured in the 2020 Winter edition of Musicworks Magazine. Shortt's work is greatly inspired by their love of camp, drag and gender expression, and Indigeneity. Their work could be described as very much in flux, exploring how improvisation, text, and noise combine to create work that leaves space through fragmented storytelling.

A recent review came from a four-year-old child who said, "I don't know why I like it," regarding a performance Shortt did of Raven Chacon's music in July 2022. Shortt adores cats, wearing glitter and traveling. 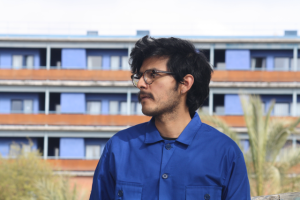 Rodrigo Martínez is a composer and producer interested in the abstraction of Latinamerican music as a tool for new creations. With a strong interest in popular dance music, electronic music production and experimental music, Rodrigo's work explores both traditional ways of approaching music making, as well as exploring unknown aesthetic scenarios for Latinamerican music. His current explorations revolve around social music –that is, music which promotes collaboration, deep listening, and horizontality. Rodrigo has won the Arturo Marquez prize, and was recipient of the Jóvenes Creadores grant in Mexico City. He was awarded a MacDowell fellowship in 2019, and was also the winner of the Dartmouth College Wind Ensemble Composition Competition in 2020.