Kudos: Swayne Is In Residence at the Library of Congress

Posted on April 27, 2022 by Office of Communications

Dartmouth faculty, students, and staff are recognized for their achievements. 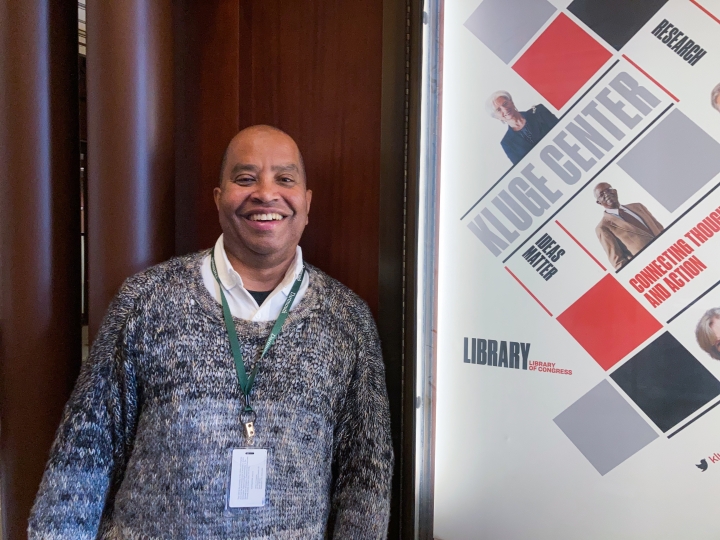 The Library of Congress has named Steve Swayne, the Jacob H. Strauss 1922 Professor of Music at Dartmouth, chair in modern culture at the library’s John W. Kluge Center.

Swayne, who began his four-month residency in March, is working with the David Diamond Collection at the Library of Congress to write a book on the life and work of the influential 20th century American composer.

According to the John W. Kluge Center, the modern culture chair is “occupied by scholars of great accomplishment chosen for their intellectual and communicative abilities.” The chair in residence is free to pursue their own research using the Library’s music, film, architecture, literature, multimedia, and folklore collections.

“I was surprised to be contacted by the folks at the Library of Congress in early 2020, asking me if I would be open to receiving this honor,” says Swayne. “I was supposed to be in residence in spring 2021, so being here now is both a relief as well as an overwhelmingly humbling experience.”

Diamond, who died in 2005 at 89, was one of the more significant composers of American symphonies of the 20th century, Swayne says. “Nearly all of Diamond’s papers are at the Library of Congress, so being here allows me the opportunity of immersing myself in his world for four months.”

Morgan Swan, Special Collections Librarian for Teaching and Scholarly Engagement, has been selected as Dartmouth’s 2022 recipient of the Presidents’ Good Steward Award.

This award, granted through Campus Compact for New Hampshire, “goes to a faculty, administration, or staff member who is dedicated to campus-community engagement ... and whose professional expertise in service to the wider community has significantly advanced public service on their campus.”

Geisel School of Medicine student Amal Cheema, Geisel ’23, has been elected to the Association of American Medical College Organization of Student Representatives administrative board as a national delegate.

The OSR represents medical students nationwide and actively advances the association’s mission to improve the nation’s health—Cheema has been one of two Geisel’s representative since spring 2021.

“I am privileged and elated to have been elected to serve as a national delegate to the OSR Administrative Board, where I’ll have the opportunity to work collaboratively and cooperatively with fellow representatives to improve the quality of medical education across the U.S. through exchanging best practices,” Cheema says.

Jennifer Lee ’22 and David Millman ’23 were Truman Scholar finalists. Although the two Dartmouth students were not selected to receive awards from the Truman Scholarship Foundation, “It’s such a huge honor to be named a finalist,” says Christie Harner, assistant dean of faculty for fellowship advising. Truman scholarships, named for President Harry S Truman, are merit-based awards to college students planning careers in public service.