Hopkins Center Hopes to Lift Up Music From Mexico

A symposium this week will include the launch of the Mexican Repertoire Initiative. 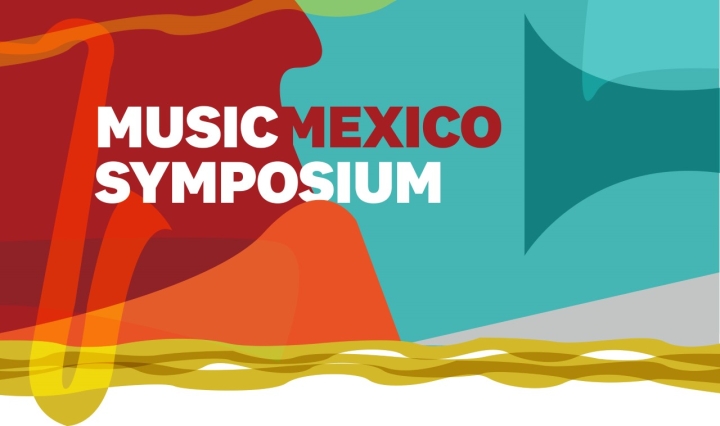 Director of Bands Brian Messier was disappointed when a trip to Mexico City he'd planned last spring with the Dartmouth College Wind Ensemble was canceled because of the COVID-19 pandemic.

The border wall had been in the news, and he'd been thinking about how to increase diversity in music programming. Though the New England native had never been to Mexico, Messier, who came to Dartmouth in 2019, looked forward to meeting and playing music with Mexican artists.

But he put the pandemic's 'stay-at-home' years to good use. Messier ran a competition for new works by Mexican composers, Zoomed with musicians and scholars working in the field, and organized a two-day symposium and ongoing initiative to build a repertoire of authentic Mexican choral, wind band, and orchestral compositions.

"I'm not trying to bring North American-style wind ensembles to Mexico," he said. "I'm trying to connect opportunity for these composers—commissions, maybe some performances—with ensembles that exist in large numbers around North America, and especially in Europe."

On Thursday and Friday, the Hopkins Center for the Arts will host the "Music Mexico Symposium," a gathering of musicians and scholars to discuss Mexican music, consider its representation in schools, culture and industry, and build ties among artists and performers on both sides of the border. Tickets are available through the Hop's website.

I hope my students love the music. But I also hope they're proud about being part of something larger, an important work that will continue after their graduation.

The symposium will include a concert featuring world premieres by three Mexican composers, performed by the Dartmouth College Wind Ensemble. The composers are Juan Pablo Contreras, a Latin Grammy-nominated artist whose works have been performed by major orchestras across the world; Nubia Jaime Donjuan, a composer, cellist and founder of the Sonora Philharmonic; and Rodrigo Martinez, who won the 2020 Dartmouth College Wind Ensemble Composition Competition.

Karina Sainz is an associate producer with the Hopkins Center who is working with Messier to put on the symposium. As a Mexican-American who grew up in California, she has been concerned about misrepresenting Mexican music as narrow, with only one loud, brassy sound.

The works debuting at the symposium will show a broad range of musical influences, reflecting the identities and approaches of their Mexican composers.

"You definitely hear it and feel it," she says.

Some of the new music being presented took Sainz back to being in Mexico, where her uncle had a backyard band. She's excited to hear the performance in Spaulding Auditorium—and to tell her parents about it.

The symposium will also unveil the Mexican Repertoire Initiative and Collection at Dartmouth, which will, among other things, encourage musical partnerships, host an accessible database of new Mexican compositions, and release recordings aimed at the general public.

Messier credits Mary Lou Aleskie, the Howard Gilman '44 Director of the Hop, with her support for the symposium and initiative.

Aleskie says that it's essential for people to stay connected to better understand each other's cultures and traditions.

"As challenges in the world have made travel increasingly difficult, initiatives like the Mexican Music Symposium help us to create together and support artists in a way that reaches beyond national borders," she said. "No matter the barriers, we must keep the doors to international artistic exchange and collaboration open." 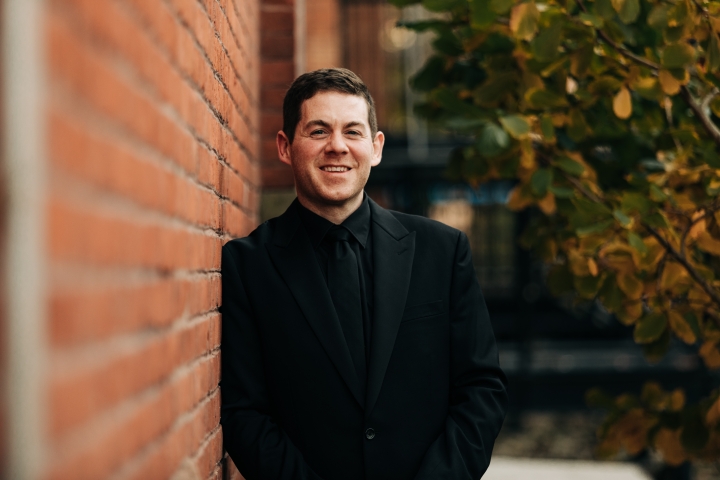 Director of Bands Brian Messier is spearheading the Music Mexico Symposium this week at the Hop. (Photo by Lindsey Topham)

For Messier, his early interest in Mexican music had grown into what he expects will be a life's work. Now that pandemic travel bans have been mostly lifted, he's excited to finally take the Dartmouth Wind Ensemble to play some of the new compositions in Mexico City during the spring of 2023.

"I hope my students love the music," Messier said. "But I also hope they're proud about being part of something larger, an important work that will continue after their graduation."

But perhaps what excites him most is the vast number of Mexican artists who haven't had the chance to compose or play for North American-style wind ensembles. He thinks the symposium and initiative can help change that, calling the potential for new musical creations "unfathomable."

"The fact that I can do this here is part of what makes working at Dartmouth so exciting," Messier said.