Janet Polk earned her bachelor’s degree at the University of Massachusetts at Amherst, and her master’s degree at the University of New Hampshire. Currently, she is principal bassoonist of both the Vermont Symphony Orchestra and Portland Symphony Orchestra. She has also performed with the Springfield (Mass.) Symphony, New Hampshire Symphony, New Hampshire Music Festival and Indian Hill Symphonies and traveled to Honduras through the Partners of the Americas.

As a member of the Block ensemble, she won prizes in the International Concert Artists Guild competition and John Knowles Paine competition, and performed at the prestigious Round Top Festival in Texas.

Active as a soloist, she has performed with the Vermont Symphony, Portland Symphony, Indian Hill Symphony, Dartmouth Symphony, UNH Orchestra, Northampton (Mass.) Chamber Orchestra, and Furman University Concert Band, and given recitals at New England colleges and universities. In March of 2001, Janet premiered Vermont composer Gwyneth Walker’s Concerto for Bassoon and Strings which was composed especially for her. She also premiered the Sonata for Bassoon and Piano by Christopher Kies in January of 2004.

In addition to her performing career, Ms. Polk teaches bassoon at the University of New Hampshire and Dartmouth College. 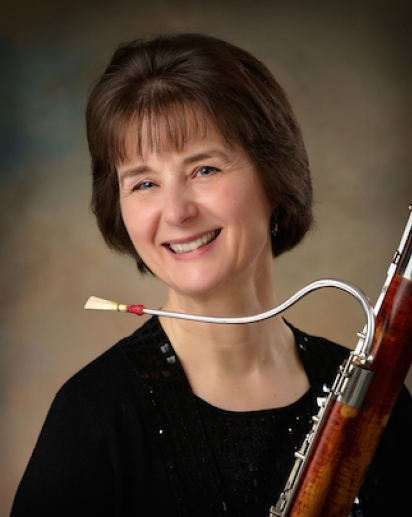