Who cares whether I practice?

The answer is, I do.  The first gift of music goes to the performer. For me, joy in music is found in the practice itself, in the unseen, unheard, un-public act of trying out new harmonies (or experimental sounds), in pushing my own limits of what I can hear. In overcoming the resistance, the physical resistance of the #4 reed against my breath, I make solitude my companion, rather than my enemy.  I give myself permission to evolve and accept harmonic ideas which my conservatory-trained mind would have resisted—such as teaching my ear and brain to accept a major ninth over a minor 7 flat 5 chord, for example.  (E-natural in the global key of c-minor, where E-flat is in the key signature) Tenor saxophonist Lucky Thompson did this repeatedly in solos with Charlie Parker from the 1940’s and beyond.  It’s a small nuance, but great music is full of hundreds of beautiful nuances.  So the joy in that particular harmonic nuance happens many times.  It happens while I’m in the practice room, and in future moments while improvising, or composing.

Some things about my practice don’t change, and that's comforting.  Every day when I pick up the horn for the first time, I start with slow major scales, played with a full sound, in half notes, at 50 BPM for the quarter note, ascending chromatically through all 12 keys. This allows me to turn off my phone, computer, and my thoughts, quit all of the mental applications I’ve been running, except for two—and I notice my sound and the feeling of the metal vibrating under my fingers and through my teeth.  Many students skip over this part of their practice; it’s hard to find the discipline to play slowly.  Students want to sound like experts or virtuosi as quickly as possible and they equate “expertness” with the ability to move your fingers quickly.  But if your tone quality is abrasive, or weak and unsupported, an audience won’t care how quickly you can move your fingers.

From a fingering standpoint, playing slow scales are the easiest thing that a student can play. However, if you drill down and work on playing those low notes, you’re attending to intonation, you’re attending to making one note last as long as it possibly can until finally it gives way to the next, you are seeing how long a lungful of air will last you on the beefy low B-flat scale—Can you make the ascent to a full octave before taking in the next lungful?  By the time I’ve played chromatically through an octave of keys, which takes about 8 minutes, I feel like I’ve walked straight up a mountain.  There’s still an octave and a half through the full range of the saxophone and about 15 minutes to go.  I show my students this 23-min. workout by doing it with them, rather than explaining to them, so that we both create the memory of doing it together. It is good to put this kind of time into their saxophone practice.  So that when that day that student tells me that they just don’t like the way they sound, I can remind her of the day that we did the slow scale exercise together and can ask “have you been playing your slow scales every day?”  And when she answers “No,” I can say, “So, do you deserve to sound good right now?”

This is a jazz musician’s way of teaching a man to fish; or teaching a science student the importance of how to be in the lab.  If I teach a student a lick or a single melodic phrase, she’ll work on it diligently for a week in all twelve keys.  But if I model the importance of learning solos note-for-note by historically significant players, encourage her to journal her musical ideas along the way, she’ll understand how to be in the lab and will play for a lifetime.  Eventually, the melodic content of those phrases will impart a musical syntax of swing and bebop on their brains.  After a student has learned five, or eight, or twenty solos, and kept up with their musical journaling, they start writing their own patterns, based on the solos under their fingers, or on a new phrase inspired by those solos.  This leads them to their own compositions, making their own practice plans, and setting goals for their own development.  In short, they learn to become themselves.

I try to write some music every day, and I keep a folder of music paper to capture the learning. I share this with my students to show them that I’m in the trenches with them myself, engaged in the music learning process.

Don’t be afraid to be shown up by young, talented musicians.

Help them.  Hire them for a gig, invite them to play sessions and learn from them.  One of my best friends is an incredible pianist and creative spirit named Miro Sprague.  I met him at Interplay Jazz Camp in 2003 when he was 17 and I was 31.  He played on my first album in 2010.  We inspire each other and I raise my game whenever I share the bandstand with him.

Accept where you are in your learning.

Learn how to forgive yourself quickly for making mistakes.

Outside of music-related work, my wife and I keep a 35 x 50 garden plot at the community garden at Billings Farm in Woodstock.  Back in September, we were working in our plot when a woman from Passaic New Jersey, who had seen us and walked down to ask if she could help herself to the vegetables.  I explained that it was a community garden space and that Woodstock area residents tended them.  She said that she had tried to grow tomatoes in her yard, but she doesn’t know anything about gardening and the plants were just kind of sprawled out everywhere. She confessed that she didn’t know anything about gardening and was kind of beating herself up for being a novice gardener.  I told her how this year was a difficult year for carrots and beets—that we had to plant three times to get the meager yield that we did.  It was, however, a banner year for greens and kale. I showed her a section of spinach, kale, and fall greens that she could plant when she got home to Passaic.  I think it made her feel good knowing that it wasn’t too late.

My music students all want that reassurance—that it’s never too late to grow, learn, change, and evolve. At the very center of the practice of living creatively is to not fear making mistakes.  I advise my students to take chances, be persistent, and risk making mistakes because that’s right where the learning is.  I did my first arrangements (for money) in 2005; ten years later, I orchestrated a full musical.  It takes a lifetime to grow into a life in music; fluency in the jazz language seldom arrives in the eight short years of high school and university. I wish somebody had told me that when I was in college. 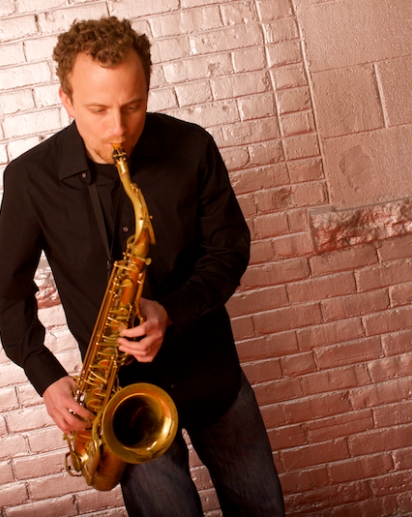