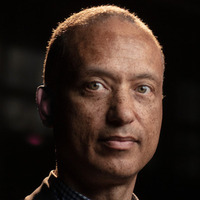 Philip Ewell is a Professor of Music Theory at Hunter College of the City University of New York, where he serves as Director of Graduate Studies in the music department. His specialties include Russian music theory, Russian opera, modal theory, and race studies in music. In addition to his many publications, his work has been featured in news outlets such as the BBC, Die Zeit, NPR, the New York Times, the New Yorker, and WQXR’s Aria Code. He recently finished a monograph, On Music Theory, And Making Music More Welcoming for Everyone, which will appear at the University of Michigan Press in early 2023. Finally, he is under contract at W.W. Norton to coauthor a new music theory textbook, The Engaged Musician: Theory and Analysis for the Twenty-First Century, that will be a modernized, reframed, and inclusive work based on recent developments in music theory pedagogy.

This event is free and open to the public.

Events are free and open to the public unless otherwise noted.